In response to the carnage taking place along the nation’s tracks, Congress enacted the Federal Employers’ Liability Act (FELA) that very same year.

“The Federal Employer’s Liability Act was designed to put on the railroad industry some of the cost of the legs, arms, eyes and lives which it consumed in its operation.”

Left to their own devices, rail companies skimp on safety and cover up wrongdoing:

“track defects repeatedly went uncorrected; passenger trains were sent down defective tracks at speeds more than four times faster than were deemed safe; and engines and rail cars were dispatched in substandard condition.”

“the nation’s railroads have a spotty record of keeping black boxes in working order and have sometimes lost or erased their data.”

Rail carrier negligence has also led to thousands of preventable deaths at crossings: 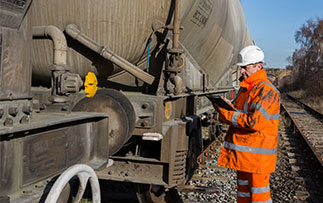 “since 2000, more than 1,600 people have died in grade-crossing accidents, more than twice the number killed in commercial plane crashes.” — By Walt Bogdanich and Jenny Nordberg – New York Times